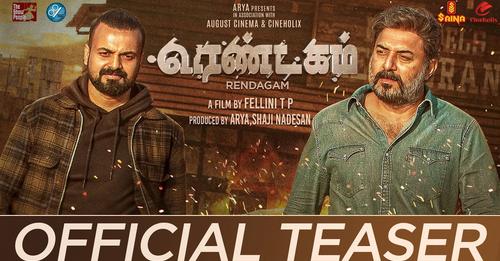 Arvind Swamy is an actor par excellence who enjoys a wide fanbase for portraying different roles in Tamil cinema, with critically acclaimed roles in films like Thani Oruvan, Bogan, Chekka Chevandha Vaanam, Navarasa. Following this successful journey, the actor is currently playing the hero in the upcoming film Rendagam alongside Malayalam actor Kunchacko Boban, who also starred in the Malayalam Remake of the Tamil superhit film ‘Kadhalukku Mariyadhai’ titled ‘Aniyathipraavu’ with Shalini Ajith who featured in the orignal too.

Along with them, Jackie Shroff, Eesha Rebba, Aadukalam Naren and Deepti Sati are playing pivotal roles.

Actor Karthi released the teaser of the film on his social media pages.