Los Angeles: Just few days after Hollywood star Will Smith slapped comedian Chris Rock during the 94th Oscars telecast, the Board of Governors held an emergency meeting to discuss the consequences for the best actor winner.

The statement from the Academy is highly damning, citing the standards of conduct and Smith’s violations of “inappropriate physical contact, abusive or threatening behaviour, and compromising the integrity of the Academy”. 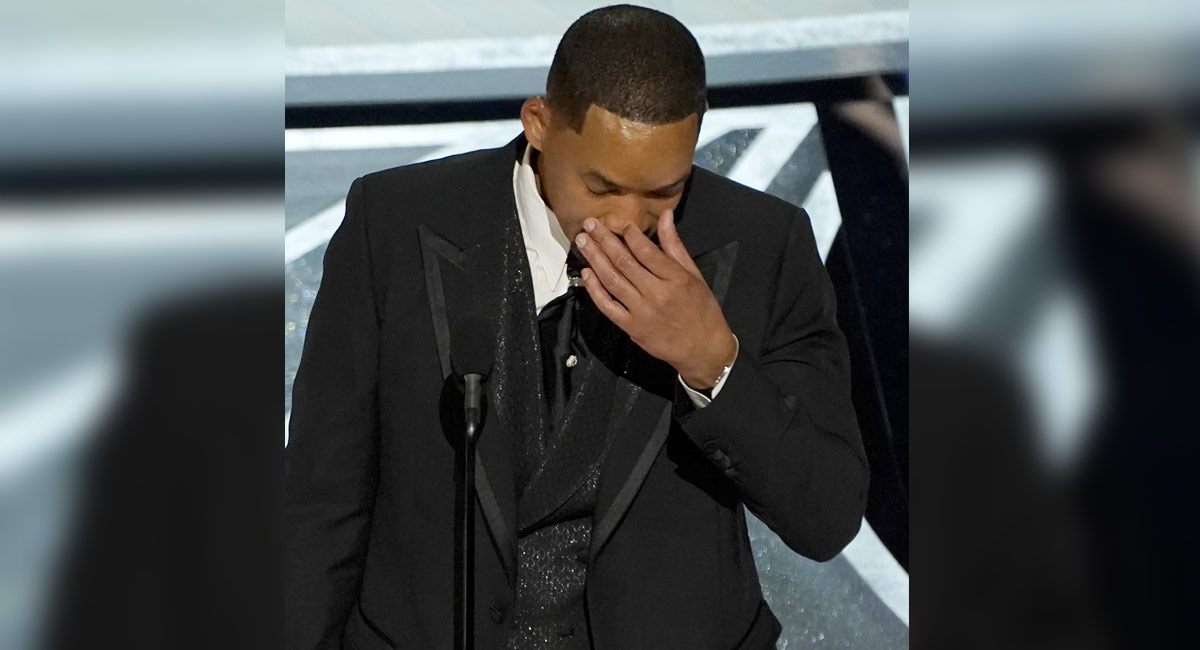 Smith, who won the Oscar for best actor for ‘King Richard’ not long after the slap, has been given 15 days notice of a vote regarding his violations and sanctions, and has the opportunity to provide a written response.

The next board meeting is scheduled for April 18, when the Academy may take disciplinary action.

One notable new bit of information is the Academy stating they asked Will Smith to leave the Dolby Theatre but Smith refused to do so.

One of the biggest bits of scrutiny regarding the handling of the moment was Smith not being removed from the auditorium. The Academy has offered clarification saying Smith was asked to leave but refused.

“We also recognise we could have handled the situation differently,” the Academy statement read.

The organisation also offered a formal apology to Rock, the other nominees who attended the ceremony and the viewers at home and in person who witnessed the event.

The letter states “Mr. Rock, we apologise to you for what you experienced on our stage and thank you for your resilience in that moment. We also apologise to our nominees, guests and viewers for what transpired during what should have been a celebratory event.”

Monday evening, a letter from Academy President David Rubin and Academy CEO Dawn Hudson went out to the entire membership.

The leadership shared their “outrage” regarding Smith’s actions and how it “overshadowed” the evening where films such as ‘CODA’ and ‘Dune’ walked away with the most awards.

Likely to go down as one of the craziest moments in the 94-year history of the Academy, it’s not the only “crazy” moment during a telecast. At the 1973 ceremony, Sacheen Littlefeather accepted the best actor Oscar on behalf of Marlon Brando for ‘The Godfather’ (1972) to speak about the mistreatment of Native Americans in the Hollywood industry.

This was on the heels of the standoff between law enforcement officials and Native Americans at Wounded Knee. After receiving a mixture of applause and audible boos from the audience, Littlefeather claimed in a 2021 interview with The Guardian that John Wayne had to be restrained by six security men to prevent him from forcibly removing her from the stage.

Two-time director winner Clint Eastwood took the stage afterward to present best picture and grotesquely said, “I don’t know if I should present this award on behalf of all the cowboys shot in all the John Ford Westerns over the years.”

No action was taken against the two during the telecast. However, the current Academy’s code of conduct was not in place.

During an episode of ‘The View’, Oscar-winning actress Whoopi Goldberg, a member of the Board of Governors, said, “We’re not going to take that Oscar from him. There will be consequences, I’m sure, but I don’t think that’s what they’ll do.”

Harvey Weinstein was expelled from the Academy in October 2017 following the New York Times report of decades of sexual misbehaviour.

Roman Polanski was convicted in 1978 of raping a 13-year-old girl before fleeing to France before his sentencing, but won an Academy Award for directing ‘The Pianist’ in 2002. He was expelled in June 2019. He filed a lawsuit against the Academy before losing the bid in August 2020.