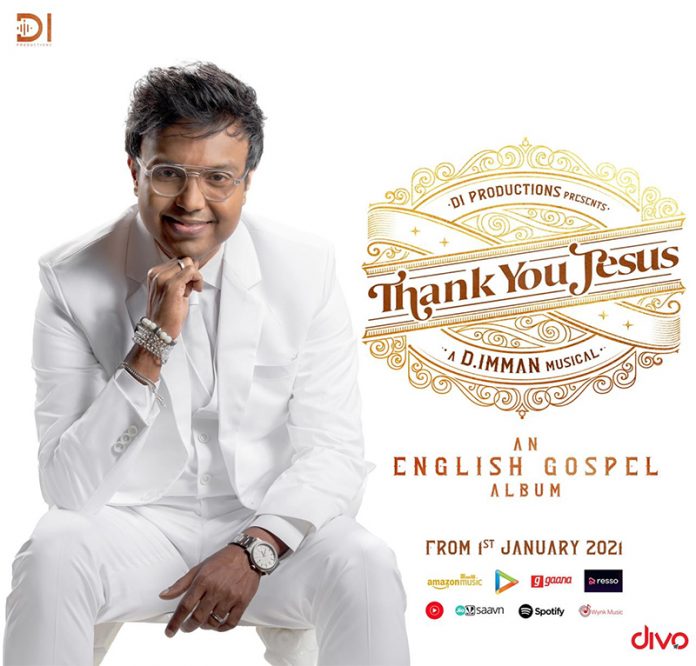 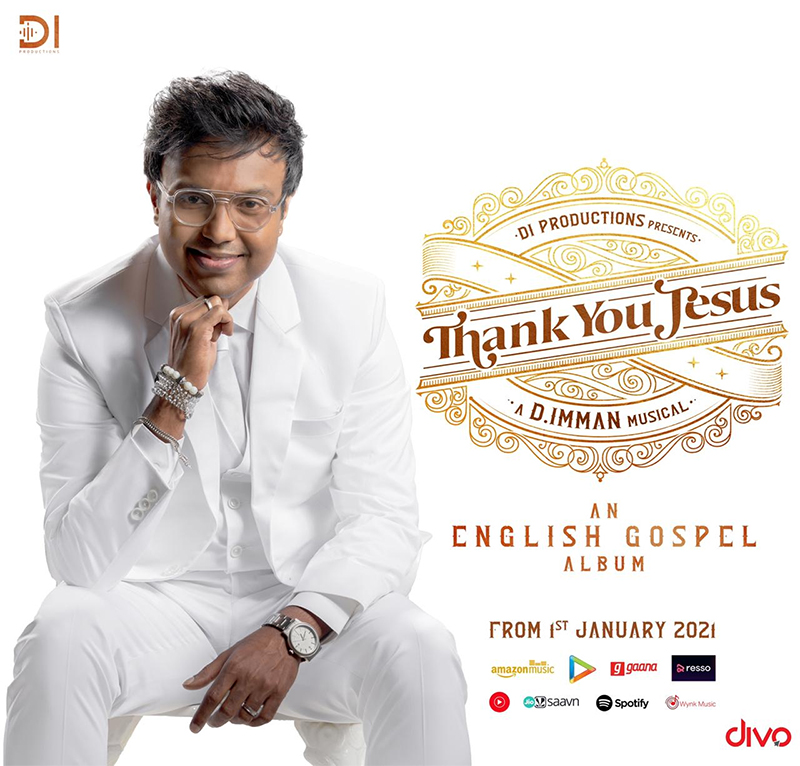 Music director D Imman to embark on a journey with production

Music Director D Imman’s musical journey has comprised an impeccable groovy record of Chartbusters delivered consistently. His melodies are the tranquillizers, and his feet-tapping numbers have become an integral part of the sound system in every happy occasions and festival in homes. Having tasted success with praises and accolades for his works, it’s time for music director D Imman to embark on a journey with production. He has now launched his own production house named ‘DI Productions’, and his maiden venture will be a spiritual album ‘Thank You Jesus’, which will be a full-fledged Christian Gospel album in English comprising eight songs written and crooned by various gospel artists.

Music director D Imman says, “My journey as a music director had unconditional love and support from fans, whom I believe has been my pillars. With the same efforts and belief, I am launching my production house ‘DI Productions’, and my maiden production will be a devotional one titled ‘Thank You Jesus’. It will be an English album with eight songs written and rendered by gospel music artists. I thank Divo Music for being the audio streaming partner. We will be soon producing Independent Music Scene, and the official announcement regarding it will be out shortly.”