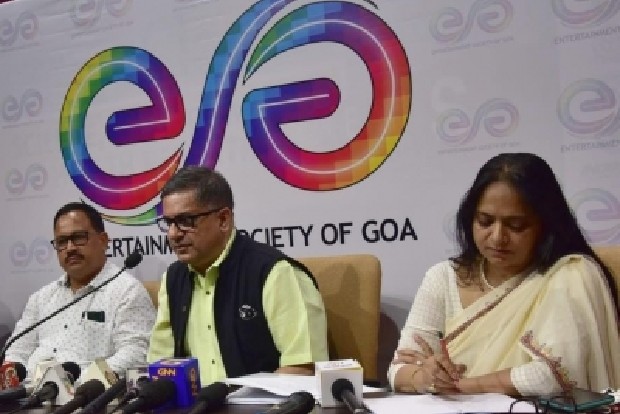 52nd IFFI, to be held in hybrid format

Chennai: Addressing a press conference jointly with Entertainment Society of Goa (ESG) Vice Chairman Subhash Phal Dessai and CEO Tariq Thomas, Prasad said the 52nd IFFI will feature 148 films from 73 countries in the International Section and will have 12 world premieres.

Pointing out that IFFI had received 624 films from 95 countries this time, up from 69 nations in the previous edition, Prasad said this was an indication of the festival’s growing popularity.

‘Semkhor’, a film made in the Dimasa dialect and directed by Aimee Baruah, will open the Indian Panorama segment this year. This is the first-ever film made in Dimasa — a dialect spoken by the ethno-linguistic community after whom it is named in parts of Assam and Nagaland, to get featured at IFFI. ‘Ved …The Visionary’ (English), directed by Rajiv Parkash, will open the non-feature film segment of the Indian Panorama.

‘The King of All The World’ (‘El Rey de Todo El Mundo’) directed by the Spanish master, Carlos Saura, will be the opening film. It will also be the film’s international premiere. Jane Campion’s ‘The Power of the Dog’, which won the Best Director Award at the Venice Film Festival, will be the ‘Mid Fest Film’.

Pointing out that the film came to IFFI through Netflix, Prasad said the OTT platform had facilitated the film’s India premiere.

The 52nd IFFI will come to a close on November 28 with the screening of Asghar Farhadi’s ‘A Hero’, which won the Grand Prix at the Cannes Film Festival.

Two other festival highlights mentioned by Prasad included the selection of 18 specially curated films presented as part of the ongoing Azadi Ka Amrit Mahotsav celebration, and the confirmation of the participation of Iranian filmmaker Rakhshan Banietemad, who chaired the international jury.