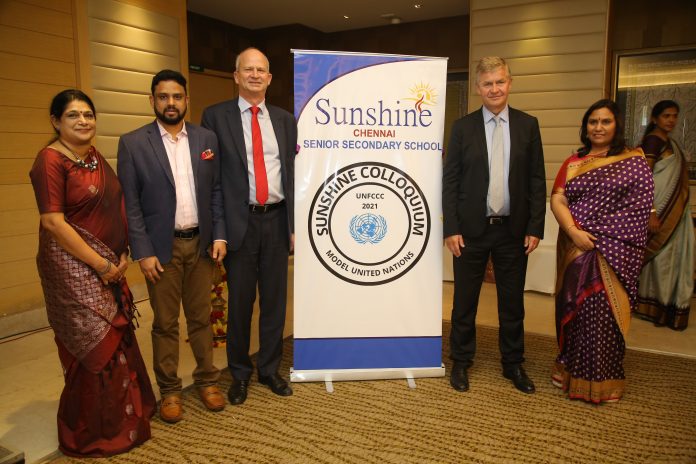 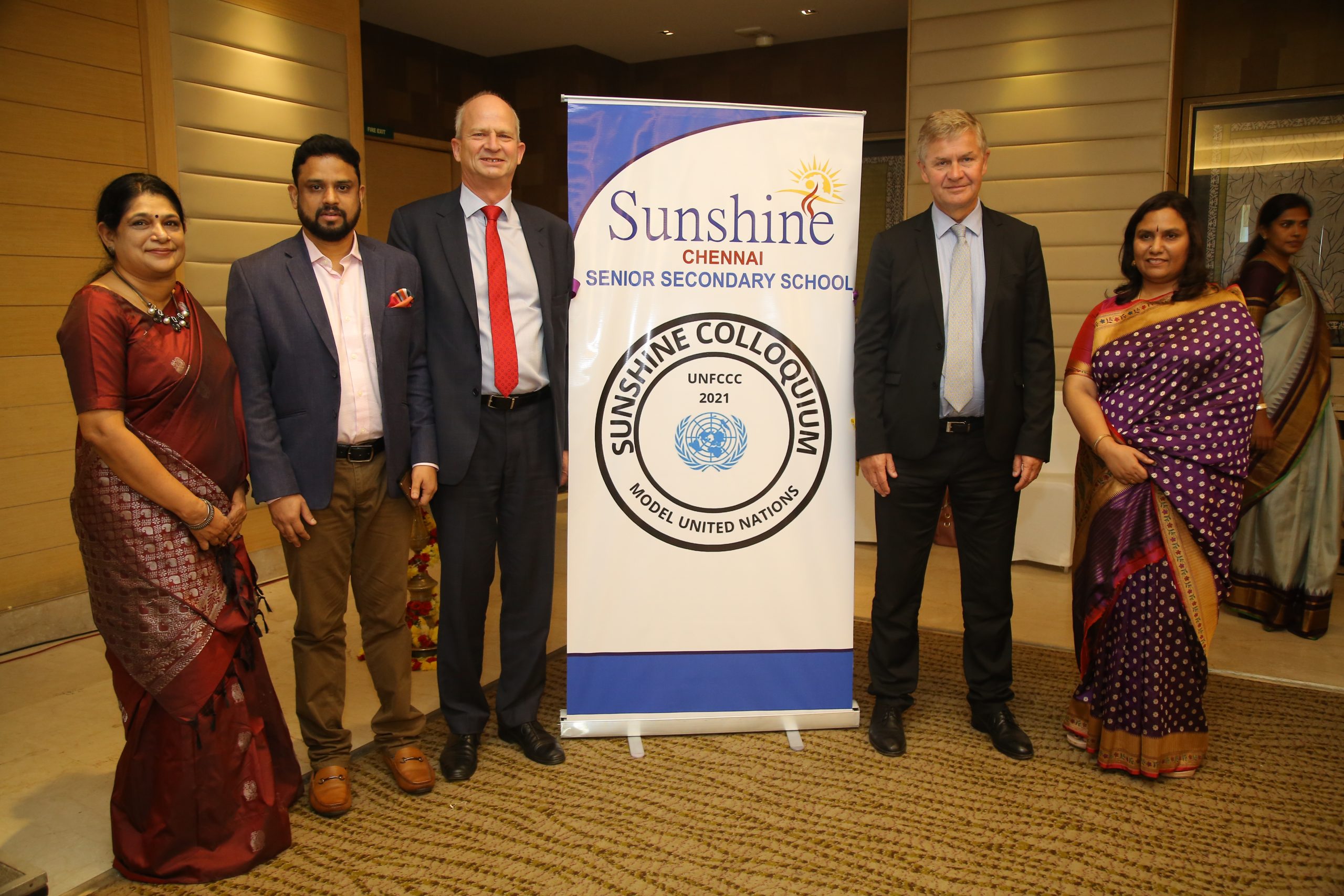 His excellency Mr. Eric Solheim, Executive Director of the UN Environment is proud to say that Tamil Nadu is setting an example in education and environmental protection at the Sunshine School First International MUN Student Conference

The 1st International MUN Student Conference (Sunshine Model United Nations Colloquium) “Climate Change” organized by the Sunshine Chennai Senior Secondary School in The Raintree Hotel, Chennai was successfully launched.
Climate change is an existential threat. It is the one that threatens all life on this planet. The conference was a simulation of a United Nations conference. More specifically, it was a simulation of the General Assembly Committee – United Nations Framework Convention on Climate Change. According to the rules of procedure, the students engaged in discussions representing a country that was not their own, in the way a real diplomat would in the framework of a UN Conference. Students engaged in discussions, debated and negotiated in order to reach a generally agreed solution to the issues under discussion. It was reassuring to see candidates in the conference take climate change seriously as the grave danger it is.
The chief guest his excellency Mr. Eric Solheim, the 6th executive director of UN Environment and head of UNEP addressed the young aspiring Indians and encouraged them to walk in the path of Mahatma Gandhi. He emphasized three important issues that need to be addressed immediately – World peace, abolition of poverty and ecological civilization.
The guest of honor, his Excellency Ambassador of Norway Hans Jacob, appreciated the efforts of the school and stressed the importance of honing the skills of debate and communication skills.
The special guest, Dr.Abdul Ghani, an Indian social activist and the founder of YouThink International Foundation explained the importance of the environment and the green world.
The educational purpose of this Conference was the sensitization of young people concerning global issues of political, humanitarian, cultural, developmental, and environmental interest. In addition, students were given the chance to improve their rhetoric skills, perfect their knowledge of English which was the official language of the conference, and accept dialogue and negotiation as the only means of solving a conflict.According to the conference schedule, the final resolution came up with were submitted. The conference was overall an ambitious and challenging attempt to which students responded efficiently and the cornerstones of the MUN conference were established. The management of the School warmly thanked all those who participated and contributed to the impeccable organization of the conference.