– Demand for gold at an all-time high, stands at 3X of silver 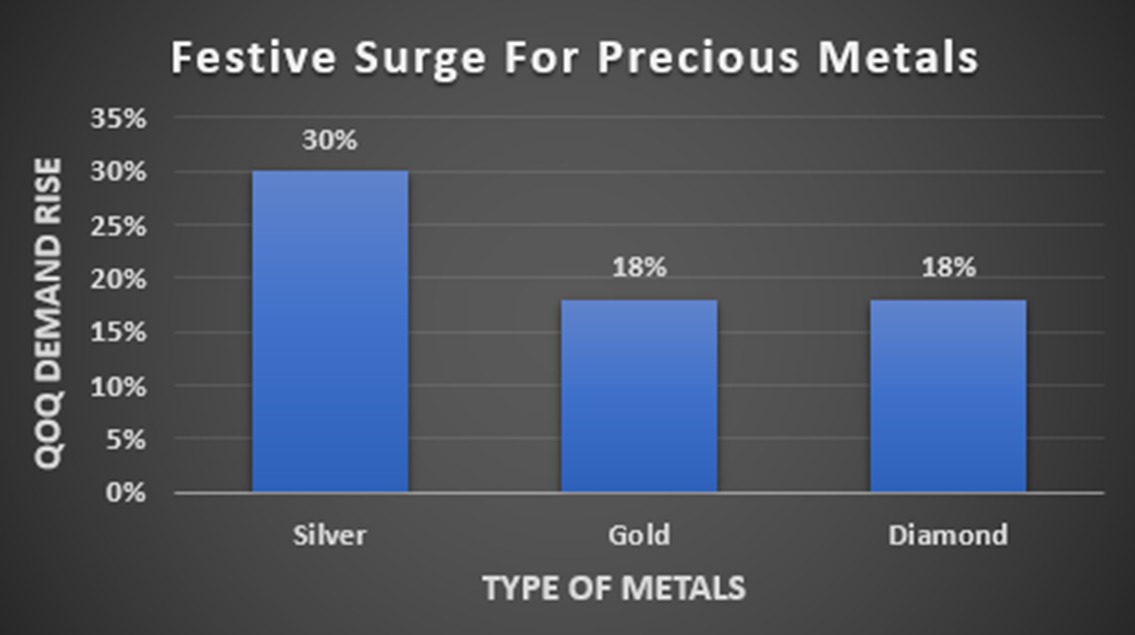 Gold prices have fallen since reaching the peak in August 2020 and this festive season have remained the most searched precious metal on India’s No.1 local search engine, reports the latest Just Dial Consumer Insight Report. While demand for gold was 3X of silver, the latter saw the highest QoQ growth in demand of 30% while demand for both gold and diamond saw a growth of 18%.

Commenting on the consumer behaviour, Mr. Prasun Kumar, CMO, Just Dial, said “Correction in gold prices and strong demand triggered by the festive season across the country, have made the yellow metal the most sought after. On Just Dial, demand for gold in Tier-1 cities remained high but it was also interesting to witness a faster growth in demand in Tier-II cities led by Lucknow, Jaipur, and Coimbatore. With volatility in the market, we will see more and more consumers investing in gold for security reasons. Besides, the rise in demand for other precious metals such as silver and diamond are also encouraging.” 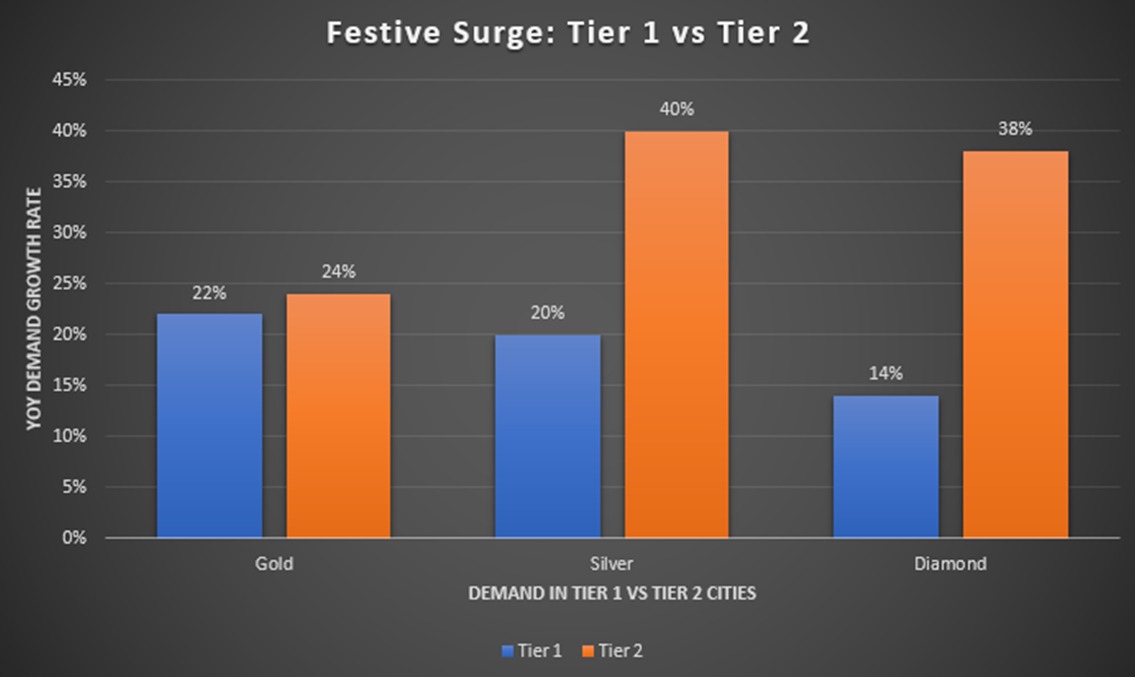 In terms of demand volume (searches) for gold, Mumbai, Delhi, and Hyderabad were the top-3 Tier-I cities followed by Bangalore, Chennai, Kolkata, Pune, and Ahmedabad. Among Tier-II cities, Lucknow, Jaipur, and Coimbatore were the top-3 with maximum demand followed by Vijayawada, Surat, Rajkot, Visakhapatnam, Patna, Chandigarh, and Thrissur. Most of the demand in gold was for jewellery, coins, and bars. Demand for gold jewellery has picked up by 20% QoQ with chain, necklace, and nose ring being the most sought after. 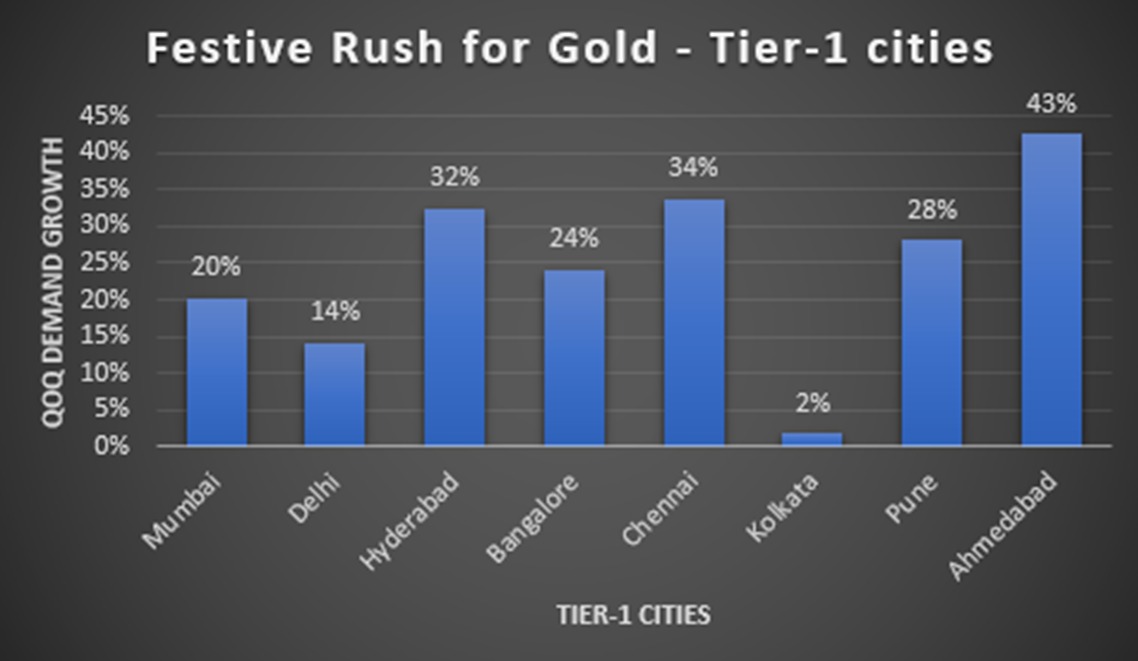 Mumbai, Delhi, and Chennai saw higher demand for diamond among Tier-I cities followed by Hyderabad, Ahmedabad, Kolkata, Bangalore, and Pune. Among Tier-II cities, the traditional diamond hub of Surat witnessed maximum demand followed by Lucknow, and Bhopal. The cities of Jaipur, Coimbatore, Chandigarh, Varanasi, Vadodara, Indore, and Kanpur also made it to the top-10 Tier-II cities with maximum demand. Demand growth rate for diamond jewellery also went up by 18% with rings, nose rings, and necklace being the most sought diamond items during this festive season.