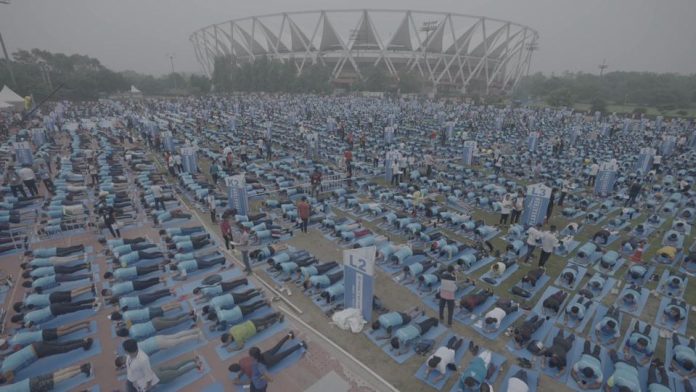 Delhi, Bajaj Allianz Life Insurance, one of India’s leading private life insurers, created history by breaking the Guinness World Records title for ‘Most number of people holding the abdominal plank position. 4,454 people held the plank for a minute together at the Bajaj Allianz Life Plankathon event held in Jawaharlal Nehru Stadium Delhi today. The company achieved this feat by beating the earlier record of 3,118 held by China. 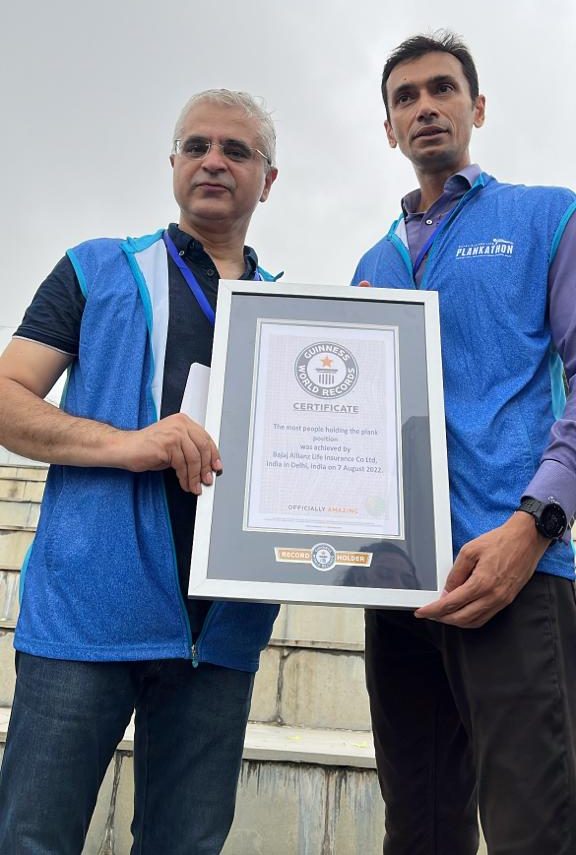 Kapil Dev, Captain of India’s first ODI world cup winning team, said, “I congratulate Bajaj Allianz Life Insurance for taking up the initiative to encourage fitness and, uniquely, leverage the platform to demonstrate gratitude for our real heroes. I look forward to many joining the Plank movement and embracing holistic fitness for oneself, their loved ones and India.”

The new world record set at the current third edition of Plankathon event is part of company’s #PlankToThank initiative that commenced on 1 July, 2022. On occasion of Azadi Ka Amrit Mahotsav celebrations, to demonstrate gratitude for Indian Armed Forces, the company invited sharing of planking videos or pictures on social media platforms. The company made monetary contribution towards facilitating entrepreneurship amongst ex-servicemen. The implementation of reskilling program, which encompasses providing technical skills, business mentoring and access to capital, will be done in collaboration with iCreate India.

To promote fitness, the company has been conducting the unique, high-engaging Plank initiative since 2018, also contributing towards societal causes in collaboration with relevant partners. The first edition, #36SecPlankChallenge was linked to curing heart disorders amongst economically disadvantaged kids in association with Hrudaya Foundation. The first edition of Plankathon was conducted in Pune on November 2018, with Shilpa Shetty as its event ambassador. The second edition, #PlankForIndia, supported the young Indian Olympians in association with OGQ. The second edition was conducted on 26th January, 2020 in Mumbai, which had Anil Kapoor as its event ambassador.