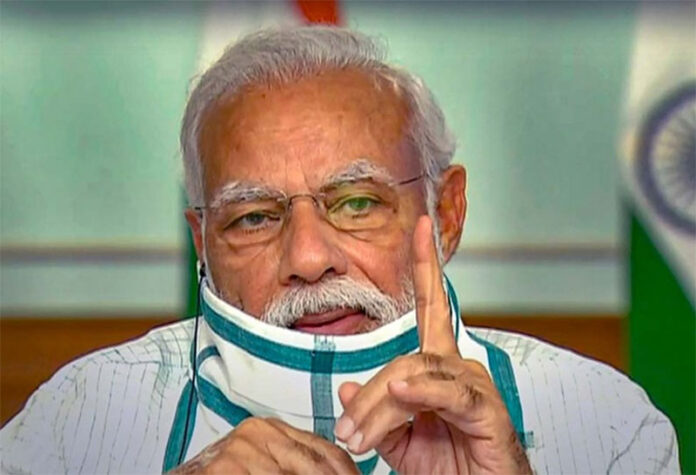 Addressing the gathering, the Prime Minister said today, India is celebrating its first Janjatiya Gaurav Diwas. “For the first time in the country after independence, on such a large scale, the art-culture of the entire country’s tribal society, their contribution to the freedom movement and nation building is being remembered and honored with pride”, He said. Marking his own long association with the tribal samaj, the Prime Minister praised the richness of their spiritual and cultural life and said that every cultural aspect of tribal including songs and dances carry a life lesson and they have so much to teach.

The Prime Minister stressed that it is our duty to bring the inspiring stories of tribal heroes and heroines in the freedom struggle before the country and to introduce them to the new generation. During the period of slavery, there were many struggles against foreign rule including Khasi-Garo movement, Mizo movement, Kol movement, etc. “Be it the bravery of Gond Maharani Veer Durgavati or the sacrifice of Rani Kamalapati, the country cannot forget them. The struggle of Veer Maharana Pratap cannot be imagined without the brave Bhils who fought shoulder to shoulder and made sacrifices” the Prime Minister said.

The Prime Minister said, ‘today, when we discuss the contribution of tribal society in nation building from national forums, some people are surprised. Such people do not understand how much tribal society has contributed in strengthening the culture of India’. The reason for this is that the contribution of tribal society was either not told to the country and even if told, information was given in a very limited scope. “This happened because those who ran the government in the country for decades after independence, gave priority to their selfish politics”, Shri Modi stressed. The Prime Minister said today tribal areas are getting facilities like  houses for the poor, toilets, free electricity and gas connections, school, road and free treatment with the same speed as  in the rest of the country.

The Prime Minister said in all central government welfare schemes, Aspirational Districts with a high proportion of tribal population are being given priority. He remarked that the tribal region of the country has always been rich in terms of wealth and resources. But “those who were in the government earlier, followed the policy of exploiting these areas. We are following the policy of utilizing the potential of these areas properly”, he said. He informed how by changing forest laws, forest resources were made available to the tribal society.

The Prime Minister said recently Padma awards have been given. When the awardees coming from tribal society reached Rashtrapati Bhavan, the world was shocked. He lauded those working in tribal and rural society as the real diamonds of the country. Today, products by the artisans of the tribal section are being promoted nationally and globally, More than 90 forest produces are being given MSP compared to 8-10 crops earlier. More than 150 medical colleges have been approved for such districts. More than 2500 Van Dhan Vikas Kendras have been connected with more than 37 thousand Self Help Groups. Leading to 7 lakh jobs. 20 Lakh land ‘Pattas’ have been given and attention is being paid to skilling and education of the tribal youth. 9 new tribal Research Institutes have been added in the last 7 years. Emphasis on mother tongue in the New Education Policy will help the tribal people, said the Prime Minister.