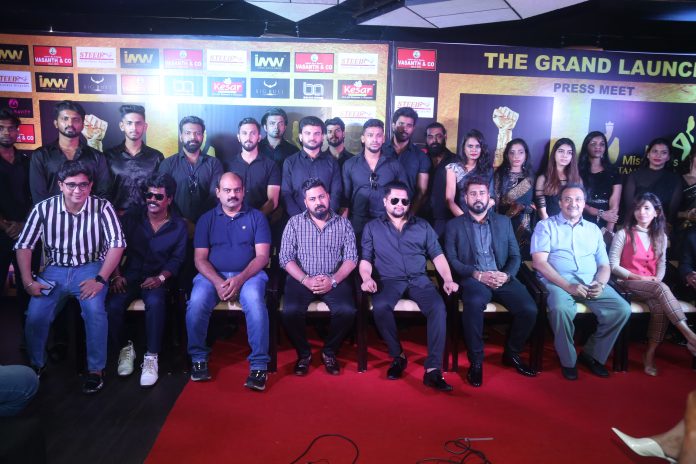 Mr Miss & Mrs Thamizhagam and Indian Awards 2022 – An Initiative by John Amalan, Indian Media Works, The Fund Raised will be donated to the welfare of the Indian Army.
Indian Awards 2022 and Mr Miss & Mrs Tamizhagam 2022 – are grand initiatives by Mr. John Amalan, MD of Indian Media Works , presented by Vasanth and Co. The funds raised will be contributed towards the family welfare of the brave martyred Indian Army soldiers as well as women empowerment projects.

Celebrities from the South Indian Film Industry will be gracing the prestigious Indian Awards 2022 – the most ceremonial event of the year that honours the Film stars along with other Indian and Foreign dignitaries like high Govt officials and Consulate Generals of eleven countries. The Grand Indian Awards 2022 is a wide platform that also identifies and recognizes the efforts of common individuals and organizations, who have indeed brought a difference in the lives of people. We call them the unsung heroes of our society. The debut edition of the Indian Awards saw as many as 60 go home with the golden statue. This year a whooping 100 awardees will be celebrated for their excellence.

Mr Miss & Mrs Tamizhagam 2022 is a glamourous competition that not only focuses on judging the physical attributes of the contestants – but also incorporates ranking of personality, intelligence, talent and confidence. The first edition Mr Miss & Mrs Tamizhagam 2021, saw its massive success with rise of its most deserving winners, who stood out spectacularly among numerous contestants from across Tamil Nadu. This year the grandeur is colossal.

The prestigious Indian Awards 2022 and the Grand Finale of Mr Miss & Mrs Tamizhagam 2022, organized by Indian Media Works are one of the most magnificent events of Tamil Nadu, scheduled to be held this year on August 16 at the ITC Grand Chola, Chennai.

The winners of the Mr Miss & Mrs Tamizhagam 2022 will be dignified with crowns along with attractive cash prizes. Also, the winners of each category will participate in International beauty pageant, representing India, at Dubai and Paris, among 18 other countries.