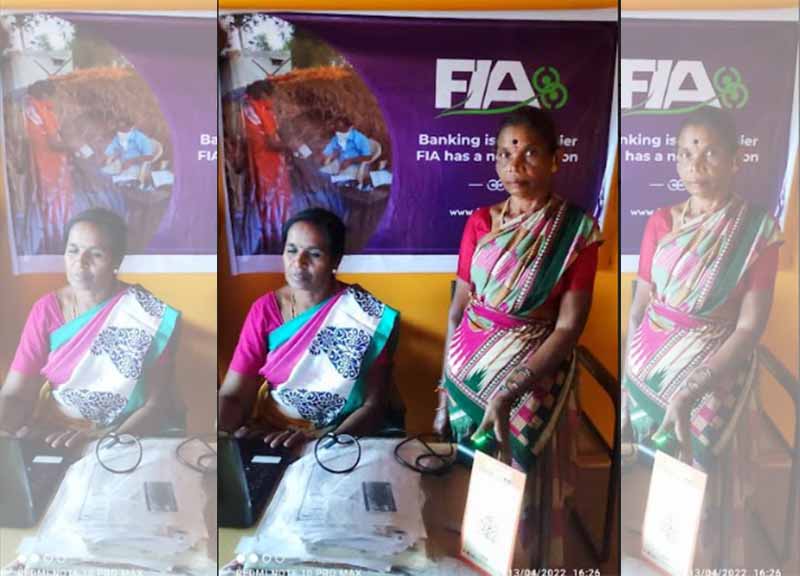 Making banking accessible to the unbanked

FIA Global has successfully brought millions under the banking umbrella in India over the last decade. The FinTech company is a culmination of its CEO & Co-Founder Seema Prem’s desire for social inclusivity, the freedom of experimenting with cutting-edge AI technology, and her affinity for travel.

FIA now serves over 5 crore people across more than 700 districts, covering over 45,000 villages and 4,600 towns in India and Nepal. FIA is an equal opportunity employer and has more than 4,000 women bank mitras in its network who have been instrumental in bringing people from India’s rural sector under the banking umbrella.

Shanthi is a 55-year-old woman hailing from the small village of Paruvai in Tirupur District, Tamil Nadu. She is 10th pass by qualification and has been associated with FIA since December 2011. She is one of the oldest CSPs and has been earning approx. 10K every month. She has opened more than 3000+ bank accounts till date and also manages payments of more than 500+ customers every week under NREGA.

Shanthi lives in a family of 3 and is also the breadwinner of the house. Her family is completely dependent on her income from FIA and their earnings from their cattle farm.

For Shanthi, earnings from their cattle farm had been very low, and it was tough to make ends meet with it alone. With her income from FIA, she has been able to manage her household expenditure, sustain her family, and live a life of dignity. She is also saving up for the marriage of one of her daughters.

Affectionately called ‘Shanthi Akka’, Shanthi is a trustworthy name in her community. In fact, all the elderly in her area have come to rely on her for their financial matters. She is also disbursing payments to migrant workers in her area.

Presently, Shanthi is planning to start offering access to insurance services and phone recharges to make lives easier as well as increase her own income.

Her journey with FIA:

Shanthi joined as a banking correspondent and was appointed as FIA representative for the Bank of Baroda. She has gone door-to-door to help open the accounts of the villagers and has diligently explained to them the process of saving.

Working as FIA CSP for more than a decade, she has built trust and credibility in her village. Now, customers come to her mainly because of this trust and reliability factor.

Even at this age, Shanthi wants to continue her journey as FIA CSP and keep growing her business. She says that FIA has helped her earn income, make ends meet, and live a decent and respectable life in her village. She even recalls the times when she used to handle the disbursement of almost 7 to 8 lakhs worth of salaries to the factory workers.

With a determined spirit and hard work, Shanthi has taken charge of her own life. She continues to inspire the women in her village.