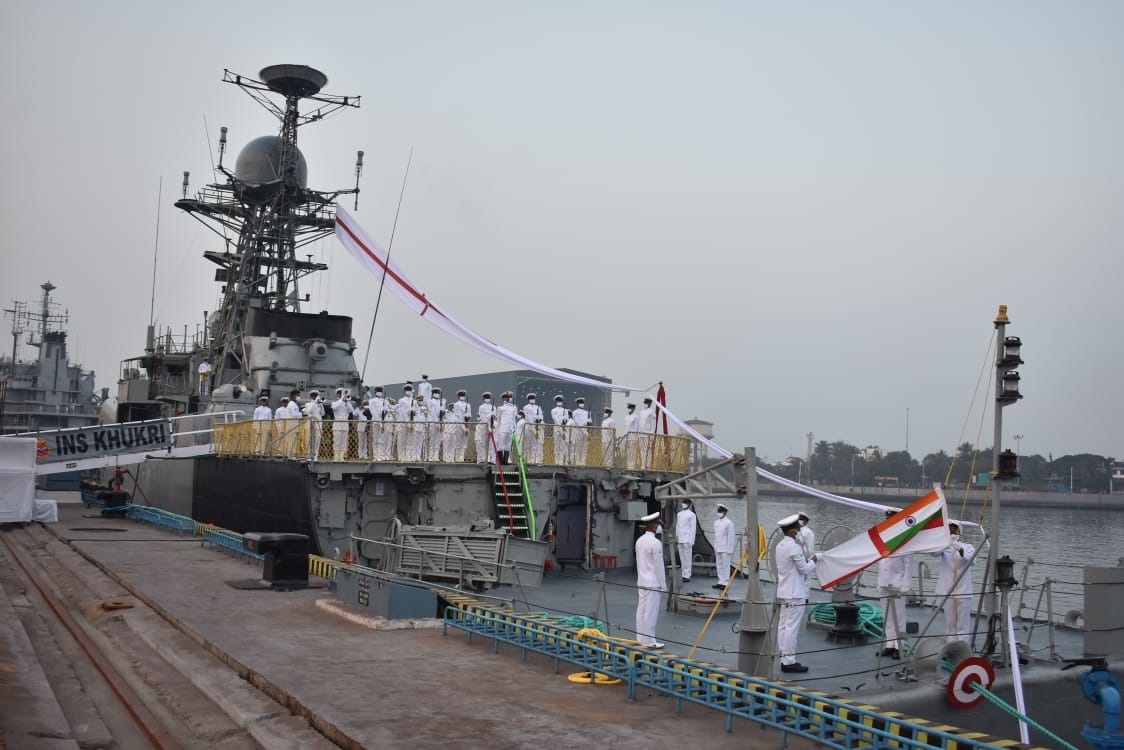 INS Khukri, the first of the indigenously built Missile Corvettes, was decommissioned after 32 years of glorious service on Thursday, 23 Dec 2021. The ship solemn ceremony was held at Visakhapatnam wherein the national flag, naval ensign, and the decommissioning pennant were lowered at sunset in the presence of Vice Admiral Biswajit Dasgupta, Flag Officer Commanding-in-Chief Eastern Naval Command the Chief Guest for the ceremony and some serving and retired former commanding officers of the ship. 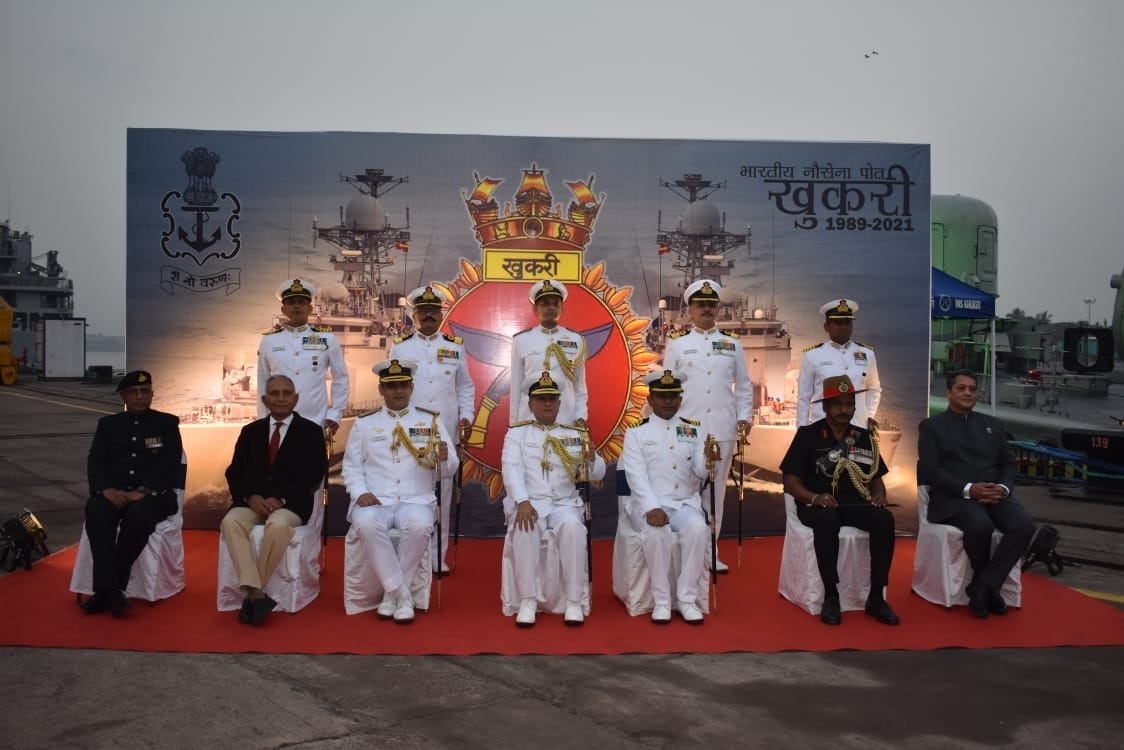 The corvette was built by the Mazagaon Dock Shipbuilders on 23 August 1989 and had the distinction of being part of both the Western and Eastern Fleets. The ship was commissioned in Mumbai by Shri Krishna Chandra Pant, the then Hon’ble Raksha Mantri and Mrs Sudha Mulla, wife of late Capt Mahendra Nath Mulla, MVC with Commander (now Vice Admiral Retired) Sanjeev Bhasin as her first Commanding Officer.

During her service, the ship was  commanded by 28 Commanding Officers and traversed a distance of over 6,44,897 nautical miles, which is equivalent to navigating around the world 30 times or 3 times the distance between the Earth and the Moon.

The ship was affiliated with the Gorkha Brigade of the Indian Army and Lt General PN Ananthanarayan, SM, President Gorkha Brigade, attended the solemn ceremony.