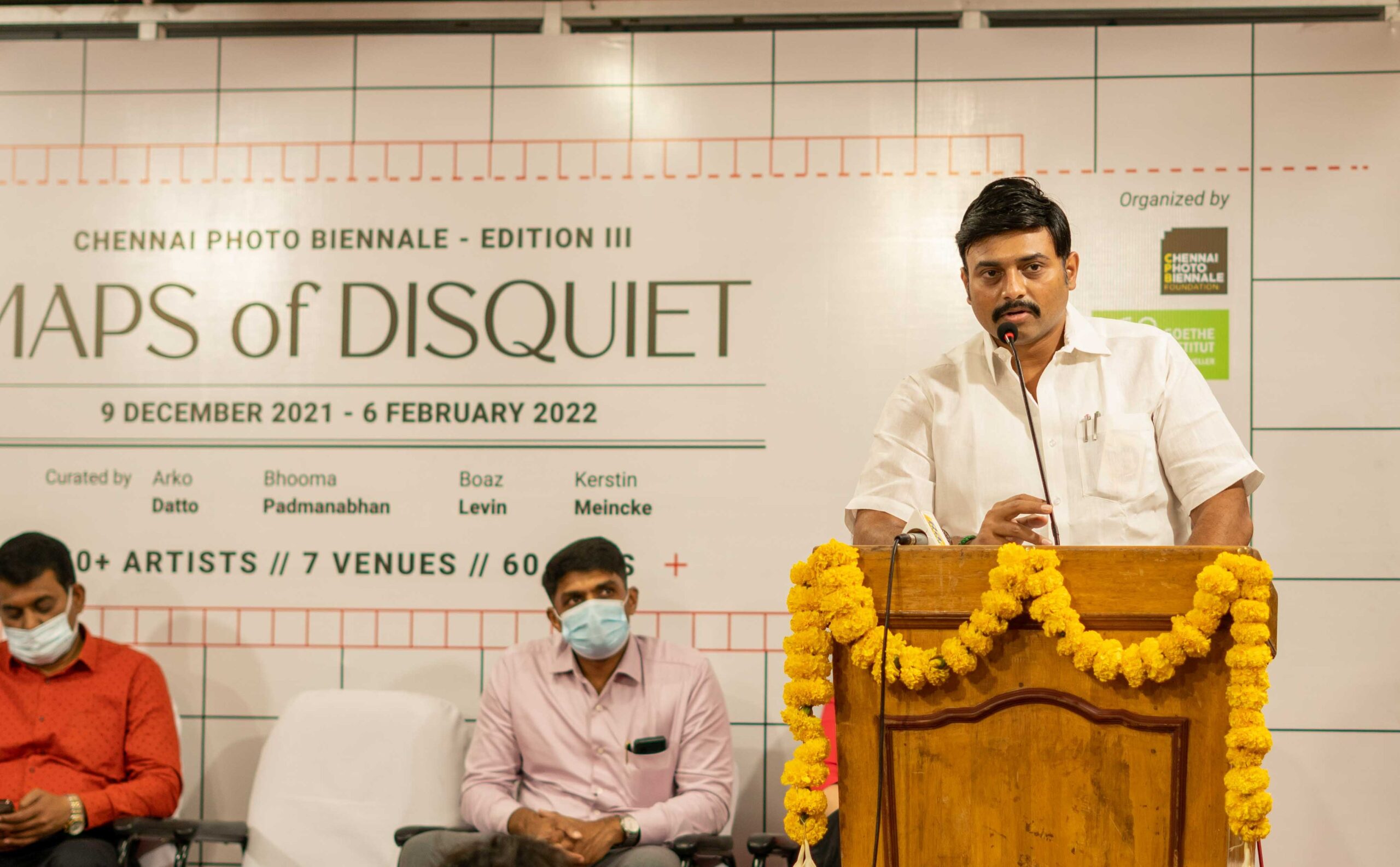 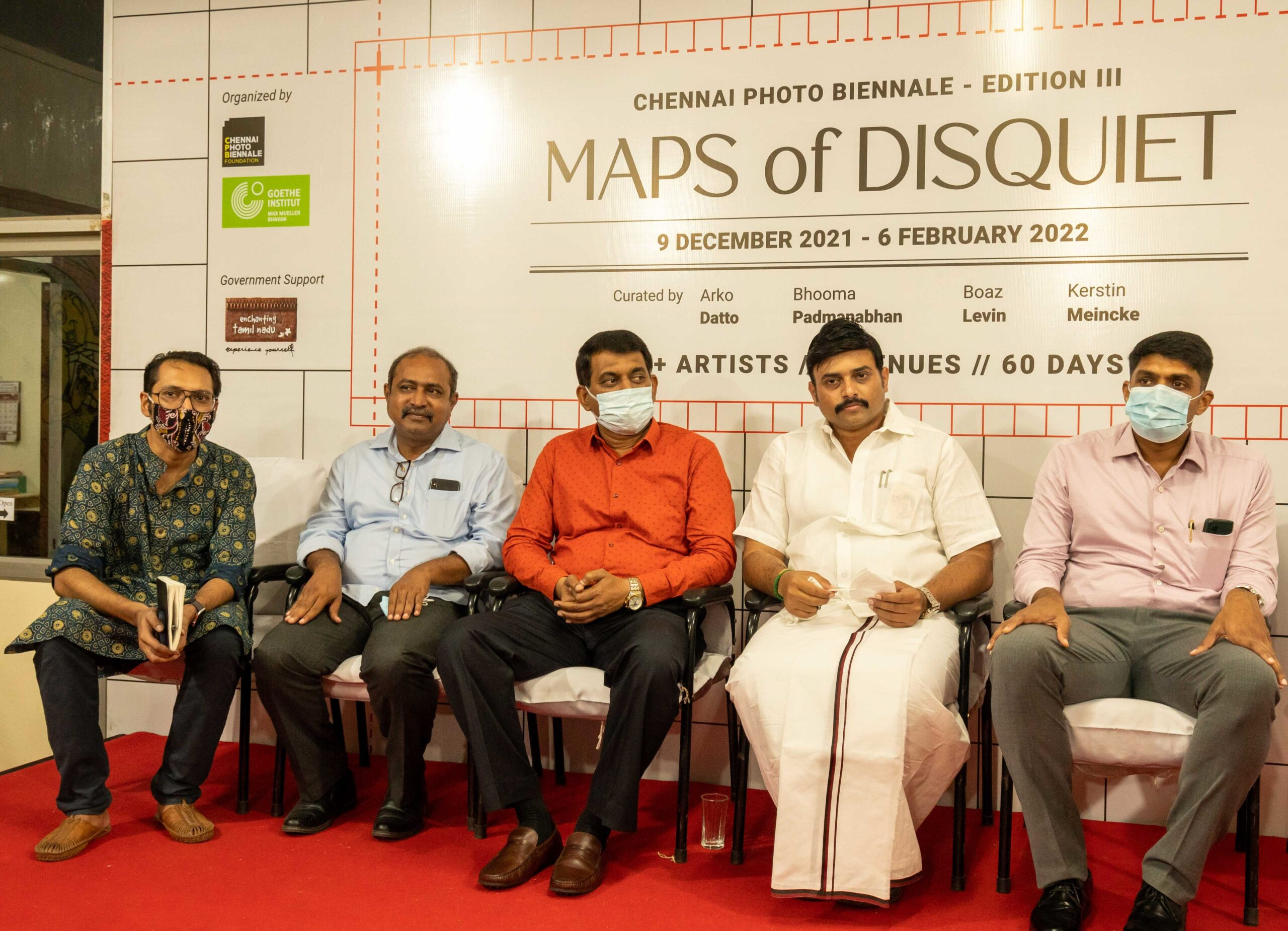 The third edition of the Chennai Photo Biennale (CPB), is being presented in hybrid physical-digital forms this year. The international biennale of photography will be held between 9 December 2021 – 6 February 2022, with physical exhibitions in Chennai in spaces including Forum Art Gallery, Ashvita’s Gallery, Roja Muthiah Research Library and Madras Literary Society along with hybrid screenings of video works at Goethe-Institut, Chennai. 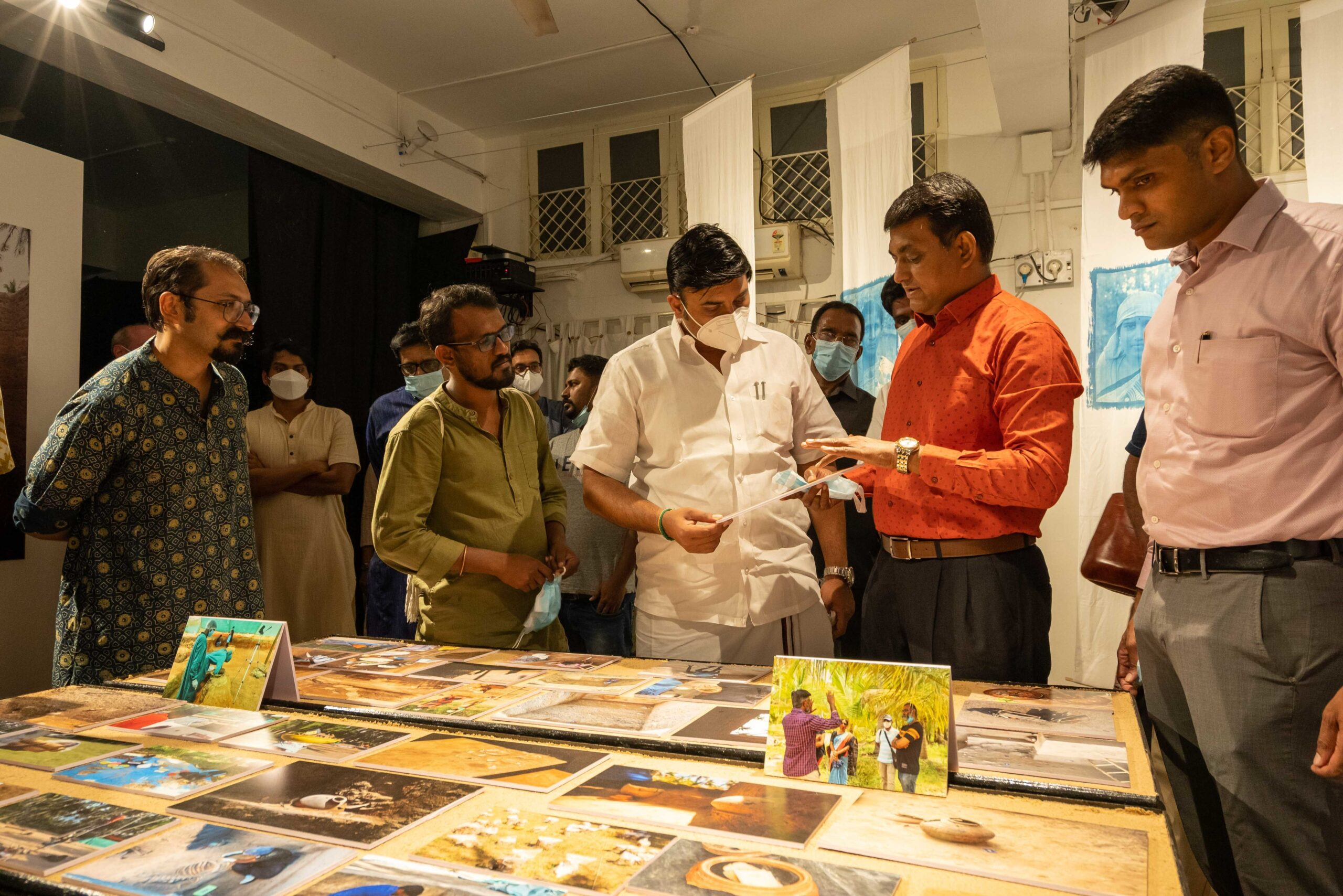 Founded and organised by the CPB Foundation and the Goethe-Institut/ Max Mueller Bhavan, Chennai, one of the key highlights are the online journals conceptualised in the run-up to the Biennale. The first journal was launched on 27 November titled ‘Through the Glass, Darkly’ comprising podcasts, lens-based works and critical texts that delve into the notion of remembrance, living life in uncertainty during the lockdown, the aftermath of environmental disasters and the relevance of images in the present day. The journal’s first issue contributors are a mix of artists, writers and scholars that include Andreas Langfeld, Katja Stuke-Oliver Sieber, Amitesh Grover, Nicolas Polli, Paribartana Mohanty, Parvathi Nayar-Nayantara Nayar, Sohrab Hura, Tanvi Mishra and Yuvan Aves. The second journal is expected to be launched in December 2021 titled ‘Maps of Disquiet’. The Journal project is supported by Pro Helvetia Swiss Arts Council, New Delhi.

“ Curating this biennale, under these particular circumstances, was a way of thinking about how our perceptions of the world have been shaped by images, and how images, in turn, help us look at the world, and make sense of it. When speaking about photography from Chennai, one can’t avoid confronting its colonial roots. Photography was a central tool in the colonization project in the 19th and 20th centuries and became integral to the creation of disciplinary strategies and categories. It came to be taught to students of the fine arts school in Madras as early as in 1856, and soon afterwards it became an integral part in multiple surveys. As such, the medium of photography played a major role in the production of cultural and scientific knowledge. In the framework of our biennale, we didn’t want to merely trace these histories, but from here critically look at the multiple functions, agencies and practices of photography today. How are artists using images to reshape our perceptions of the world, challenging dominant ideas and narratives, asking questions, and making us critically engage with how we consume images? ” – Curatorial Team of Chennai Photo Biennale Edition III Page 2 of 7 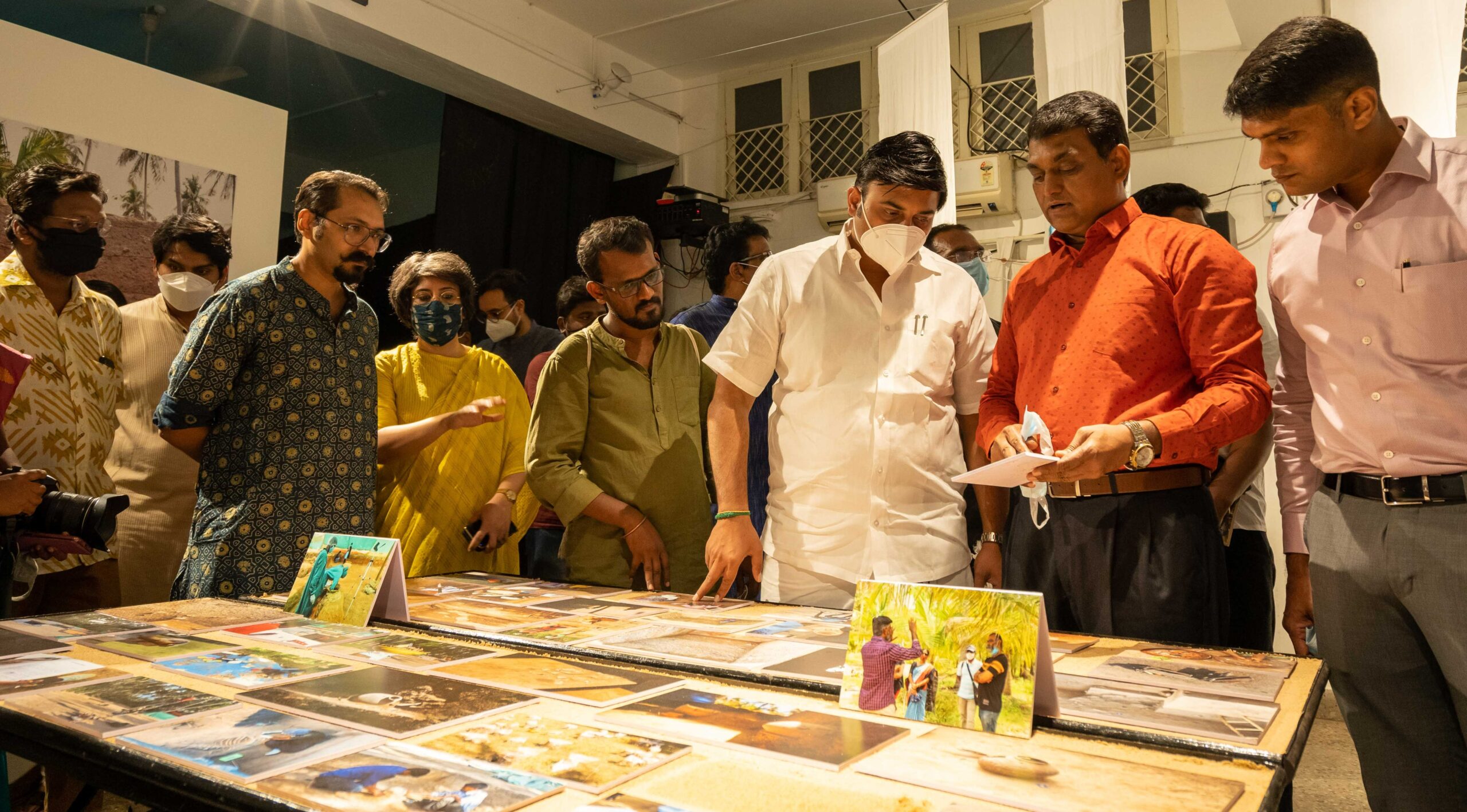 In addition, the biennale also includes an international University Student collaboration and workshop with Anna University, Chennai; the University of Duisburg-Essen, Germany and Folkwang University of Arts, Germany to bring together students from Indian and German Universities studying architecture, art history and photography, to work on projects and texts that will be presented in January 2022. “CPB Edition 3 is an act of resistance at a time when the world is struggling to find normalcy. We are excited to deliver groundbreaking exhibitions by celebrated artists across both physical and digital formats. Spread across seven venues in Chennai, two distinct digital platforms, and a signature print publication, the third edition will feature the works of over 50 artists and contributors from 11 countries spanning a 60 day period.” – Varun Gupta, Director of Chennai Photo Biennale Following the launch of the journals, Chennai Photo Biennale will be hosting a series of programs in the forthcoming months including several talks from the artists, physical exhibition of selected artist’s artworks, virtual exhibition of artworks, digital screening, University exchange programs, showcasing student work, CPB activity corner and the CPB Photo Awards.