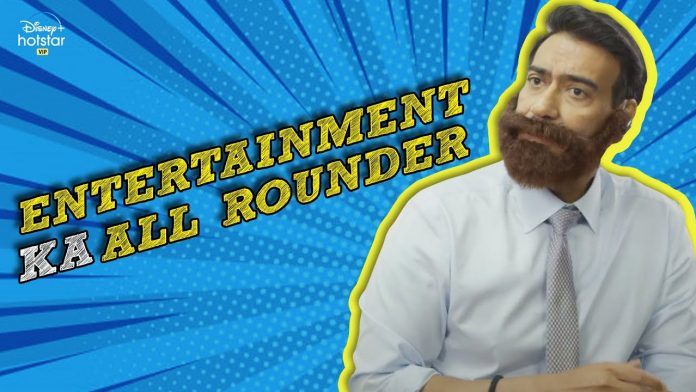 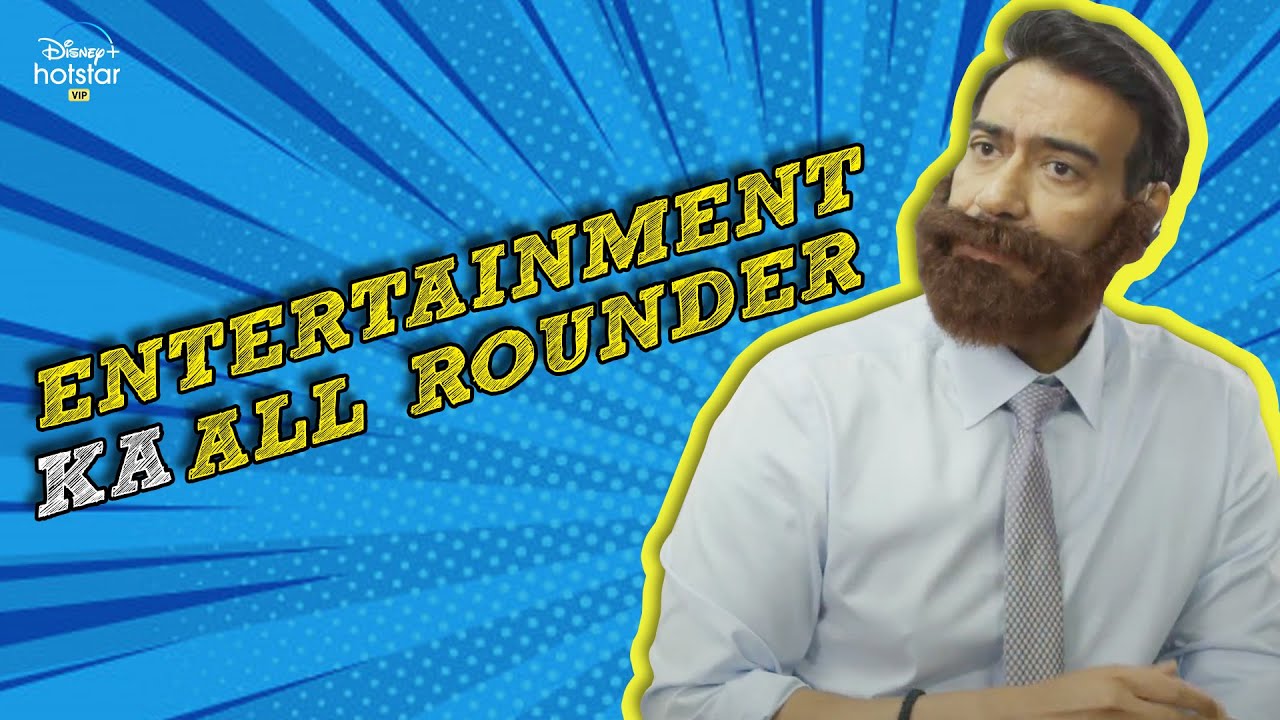 Chennai,  31st March 2021: As India prepares for the launch of its most celebrated cricket phenomenon, Vivo IPL, Disney+ Hotstar VIP today rolled out an exciting new campaign – ‘Entertainment Ka All-Rounder’. Conceptualized by DDBMudra Group, these new films feature popular actors Ajay Devgn and Tamannaah Bhatia; each in a recognizable disguise, as they try to convince people to watch their soon-to-release titles on Disney+ Hotstar VIP rather than just focusing on LIVE cricket action. Ajay Devgn stars as Sudarshan and Tamannaah Bhatia as Manickam, both are put in everyday office situations as they praise their work only to be informed of the platform’s expansive content offering. The quirky campaign signifies the fierce battle that will be fought between the biggest superstars – on & off the cricketing field as they try to win the viewers’ attention.

Sidharth Shakdher, Executive Vice President and Chief Marketing Officer, Disney+ Hotstar said, “Disney+ Hotstar is the default digital platform for sports in India today, and this year, when India comes to us for Vivo IPL 2021, we will give them a no-holds-barred entertainment experience – Cricketainment in its truest form. Based on the insight that cricketainment is tantamount to having the best of both worlds, we wanted this campaign to reinforce that we are the only OTT brand that offers Vivo IPL 2021 and LIVE sports, along with the latest movies and original shows. And to drive home this message in a fun, memorable and entertaining way, we are launching our campaign ‘Entertainment Ka All-Rounder’ which breaks through the clutter by using never-seen-before avatars of Ajay Devgan and Tamannaah Bhatia”

Starting 9th April 2021, all LIVE matches of Vivo IPL 2021 will be exclusively available to new and existing subscribers of Disney+ Hotstar VIP (INR 399/- for 12 months) and Disney+ Hotstar Premium (INR 1499/- for 12 months). Fans will be able to enjoy commentary in 8 languages – English, Hindi, Tamil, Telugu, Kannada, Bangla, Malayalam and an exclusive feed in Marathi. As cricket fever takes over the country, Disney+ Hotstar VIP will soon be home to some of the most anticipated titles of the year including mega blockbuster films that will directly release on the platform (The Big Bull, Bhuj: The Pride of India), the best of global movies and shows (The Falcon and the Winter Soldier) dubbed in Hindi, Tamil and Telugu, upcoming exclusive Hotstar Specials shows in seven languages (Special Ops 1.5, Season 2 of Aarya) and much more; that promise a full year of quality entertainment. These ad-films have been rolled out in 3 languages – Hindi, Tamil and Telugu and are available on Disney+ Hotstar VIP’s digital platforms.

Disney+ Hotstar VIP offers an unmatched entertainment experience to users with the world’s best stories and LIVE sporting action coming together on one platform. With an annual subscription of Disney+ Hotstar VIP viewers can enjoy mega blockbuster films that directly release on the platform like the upcoming The Big Bull and Bhuj: The Pride of India, along with Laxmii, Lootcase and more, the best of global movies and shows dubbed in Hindi, Tamil and Telugu including SuperHero (Avengers: End Game, Iron Man 3), latest animation films (Frozen 2, The Lion King), kids favourite characters (Mickey Mouse, Doraemon), exclusive Hotstar Specials shows in seven languages like the hugely popular Criminal Justice: Behind Closed Doors, 1962: The War In the Hills, Special Ops, Aarya, The Legend of Hanuman, and much more!