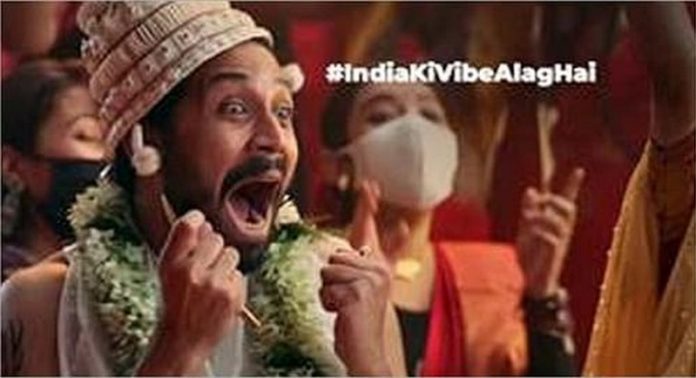 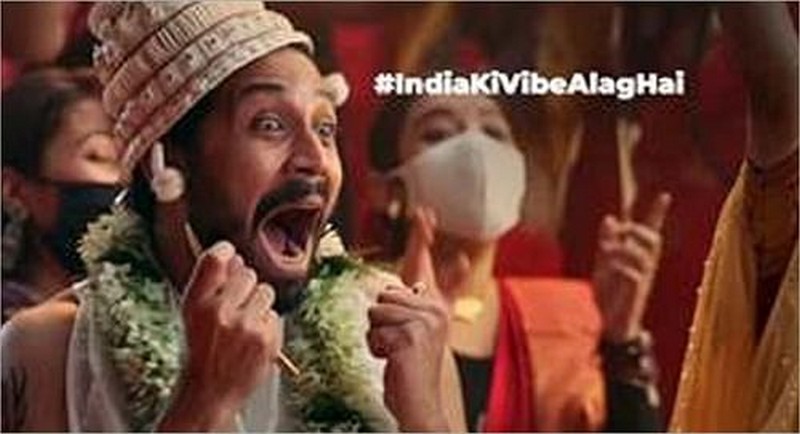 Disney+ Hotstar VIP celebrates the spirit of Vivo IPL with a video-anthem ‘India Ki Vibe Alag Hai’; developed by Nucleya, the track brings alive the pride of each city for their team

~ With lyrics in eight languages, the anthem is sung by local talent and the video is shot across all 8-cities that represent each team playing this year at Vivo IPL 2021 ~

~ While fans from each city celebrate their different vibe, they are all united by their love for cricket ~

Mumbai: This Vivo IPL 2021, Disney+ Hotstar VIP gives cricket fans a new reason to enjoy the game as it launches a multilingual anthem ‘India Ki Vibe Alag Hai’. Kick-starting the tournament this year with the uproar that brings diverse cultures of India together, the league will once again see fans cheering for their favourite teams. Capturing this inter-city rivalry and friendly banter, the anthem symbolises the many emotions of cricket fans – pride, heartbreak, happiness and celebration! Developed by one of India’s most loved and electrifying musicians, Nucleya, the upbeat anthem has the flavour of eight Indian languages and is sung by eight uber cool rappers – Dee MC, RAK, J19 Squad, Satyum, Vithika Sheru, Maharya, Gubbi, and Rawal, each representing their beloved city while displaying its unique local quirk.

Understanding that dance is integral to how Indians express themselves, the video does justice to each team’s vibe by headlining a signature hook step to commemorate big moments from the matches. The video has been shot across eight team cities and the anthem captures the fun yet the competitive spirit of fans that is synonymous with the league. So whether it’s Delhi dancing to Shikhar Dhawan’s ‘Gabru step’, or Mumbai taking on ‘arm rotations’ to represent Keiron Pollard’s victorious moves – there is a dance to celebrate every high point of this tournament. Fans can join in the ‘cradle move’ with Punjab’s super player Gayle, and Chennai can rejoice with Bravo’s ‘Champion dance’, Jofra Archer’s iconic ‘call me maybe’ dance is going to sweep away Rajasthan. Picking up the pace, Hyderabad will now be able to celebrate with Rashid Khan’s ‘finger rotation’ movement, Kolkata’s iconic ‘Arm Thrusting’ with Andre Russell and Bengaluru ‘blowing a kiss’ like Virat; fans across the country will not be able to resist dancing to the tune of this electrifying anthem while cheering for their favourite teams.

Speaking about the anthem, musician Nucleya said, “For many years, the Indian Premier League has brought excitement and happiness to millions of Indians. The passion with which they support their teams in moments of victory or loss is simply amazing! This anthem is an ode to that very love and competitive spirit. ‘India Ki Vibe Alag Hai’ captures the quirks of each city but showcases the shared love of cricket among all fans. This is the first time that I have created an anthem in eight languages and worked so closely with talent from different cultural backgrounds. This year, Vivo IPL 2021 is going to have a hatke vibe with an all-around entertainment experience!”

Starting 9th April 2021, all LIVE matches of Vivo IPL 2021 will be exclusively available to new and existing subscribers of Disney+ Hotstar VIP (INR 399/- for 12 months) and Disney+ Hotstar Premium (INR 1499/- for 12 months). Fans will be able to enjoy commentary in eight languages – English, Hindi, Tamil, Telugu, Kannada, Bangla, Malayalam and an exclusive feed-in Marathi. As cricket fever takes over the country, Disney+ Hotstar VIP will soon be home to some of the most anticipated titles of the year including mega-blockbuster films that will directly release on the platform (The Big Bull, Bhuj: The Pride of India), the best of global movies and shows (The Falcon and the Winter Soldier) dubbed in Hindi, Tamil, and Telugu, upcoming exclusive Hotstar Specials shows in seven languages (Special Ops 1.5, Season 2 of Aarya) and much more; that promise a full year of quality entertainment.

Disney+ Hotstar VIP offers an unmatched entertainment experience to users with some of the world’s best stories and LIVE sporting action coming together on one platform. With an annual subscription of Disney+ Hotstar VIP viewers can enjoy mega blockbuster films that directly release on the platform like the upcoming – The Big Bull and Bhuj: The Pride of India along with existing movies Laxmii, Lootcase and more, the best of global movies and shows dubbed in Hindi, Tamil and Telugu including Super Heroes (Avengers: End Game, Iron Man 3), best animation films (Frozen 2, The Lion King), kids favourite characters (Mickey Mouse, Doraemon), exclusive Hotstar Specials shows in seven languages like the hugely popular Criminal Justice: Behind Closed Doors, 1962: The War In the Hills, Special Ops, Aarya, The Legend of Hanuman, OK Computer and much more!