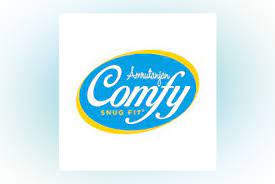 Chennai, 16th August 2021: Comfy Snug Fit, a fast growing menstrual hygiene brand from the house of Amrutanjan Healthcare Limited (Amrutanjan Healthcare), attempts to unbox freedom from menstrual taboos in its latest digital campaign for Independence Day.  With this campaign being launched on the 75th Independence Day of India, Comfy aims to deliver a powerful message on what actual independence feels like for menstruating women by revealing the years of discomfort hidden inside a brown paper bag. It hopes to free our minds of age-old taboos surrounding menstruation.

Through this digital campaign, Comfy highlights how women have progressed since independence, and yet they continue to face the stigma attached to menstruation. The menstrual period is a natural phenomenon and using sanitary napkins is no more than a hygienic need. Nevertheless, conversation surrounding menstruation is still considered taboo with the topic only alluded to in hushed tones. This extends to over-the-counter sales of sanitary napkins, which are sold wrapped in newspaper, or hidden in brown paper or black plastic bags.

This brown paper bag is a signifier of the years of shame, taboo, suffering, and ignorance that continues to stigmatise menstruation by our society so many decades after Independence.

Comfy’s ‘Unboxing Freedom’ campaign, which will feature an unboxing video in which the sanitary pad is ‘unboxed’ from a brown paper bag, is an earnest appeal to de-stigmatise menstruation and normalise it.

According to National Family Health Survey, 62%* of young Indian women in the age group 15 to 24 years are still using cloth while menstruating and less than 20%* of women have access to sanitary pads in India.

Commenting on the condition of Indian menstruating women today, Mr. S. Sambhu Prasad, Chairman & Managing Director, Amrutanjan Health Care Ltd said, “The level of awareness and education regarding women’s menstrual health and hygiene remains low. Most critically, it is still considered a stigma in major parts of our country. We at Amrutanjan Healthcare, aim to highlight this issue. On this Independence Day, we aim to encourage free discussion and conversation around women’s menstrual health and hygiene, in an effort to empower the women of India.”

Mr. Mani Bhagavatheeswaran, Chief Marketing Officer, Amrutanjan Health Care Limited, “#Unboxing Freedom brings to life the fact that even after many years of independence, our ideas on menstruation and usage of sanitary napkins still need to gain freedom from taboo and societal stereotypes. The brown bag represents the very same stigma that society has around menstruation. The campaign urges society to free themselves of these inhibitions and make women feel more comfortable and confident while talking about menstruation. This is our attempt at unboxing the hidden freedom for every woman in India.”

Comfy’s digital campaign aims to activate #ThePowerToBeYou and empowers women to be who they are by ditching the brown bag and getting comfortable with the sanitary pad without feeling any shame or embarrassment.

Mr. Deepak Kumar, Chief Creative Officer at Korra said, “Unboxing is a trend we are all used to on the internet. So we thought of using it to unbox the stories of young girls that reflect the way our society trains us to be embarrassed about carrying sanitary napkins in the open. And we couldn’t find a better day to make this point clearer than on the most important day of the year for the country. We look forward to continued partnership with Amrutanjan in their effort to raise awareness on menstruation hygiene.”